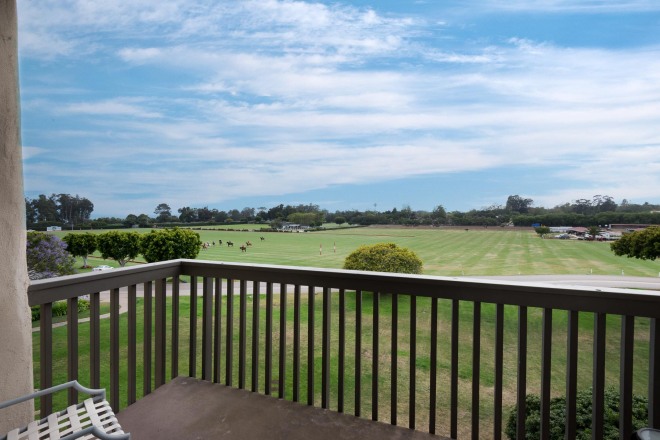 Shivam was standing on the balcony of his apartment with both the hands on the black round railing which was starting to get some rust on it.

Outside the balcony a tall Tamarind tree was there which was providing the much needed shade in that sunny afternoon to a dog walking below it.

“That tree must be happy, for its seeds could be taken away by the dog and thus, have a chance to grow into a tree. It must be preparing food for itself, always working, unlike us humans. Obviously it would have never thought that the food it prepares with the hard work , would be eaten by us lazy beings.” thought Shivam just before his hand was pulled by Nikhil making him turn around away from the tree and into the Hall which connects to the balcony and thus turning him from his dream world to the world of reality.

“Are you lost in her thoughts?” Asked Nikhil with a big smile on his face.

“Yeah like that’s the only thing I am left to do. Let’s go, you wait near the gate, I will bring the car out of the basement” replied Shivam shrugging off Nikhil. He had learned well how to respond to such situations where he need not share his each random thoughts and thus sparing a lot of unwanted discussions.

“You’re insane” shouted Nikhil and went on to wait near the apartment gate for Shivam to bring out his car from the basement.

“May be insanity is not a disease as it is generally considered, may be it is an evolutionary tool used by nature to test the next version of humans. Insanity is rather mandatory to prepare for the changes, it is mandatory to evolve human brain, and part of evolution starts with Insanity” thought Shivam while breaking suddenly at his car.

“Nice stunt dude” said Nikhil while sitting on his car, ” You almost got me, I thought you again lost somewhere and are planning to take me straight to the hospital”.

“You gotta trust me!” this time the big smile was on Shivam’s face. 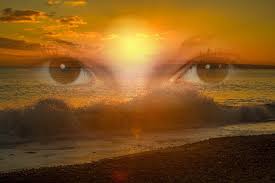 Shruti was wearing a rose-red dress, matching with the colour of her lipstick, nails, hair-clip and sandals. Waiters at the restaurants often couldn’t resist stealing a glance at her while passing by, such was the atmosphere she had created with her presence at the restaurant.

Feeling uncomfortable with all the attention she was getting her fingers were tightly gripped on the glass of water kept on the table, and was already the third glass of water she was about to finish. As she rose her eyes again towards the door, as she had been doing frequently since last 15 minutes, to her surprise this time there was a guy slightly looking like the one whose photo she had seen on Facebook. Before she could recognise, Nikhil smiled and taps on the shoulder of his friend who was staring towards the windows of the restaurant since the time he walked in.

Shruti smiled casually and stood up by the time Nikhil reached near the table along with his friend.

“Hey Shruti, wow ! You look great. Hope we aren’t too late.” said Nikhil with a big smile on his face. Shruti smiled and replied “Thanks Nikhil, now no need to be formal.”

“Meet my friend Shivam, he is the one because of whom we are here I guess” told Nikhil before turning to Shivam. “And, its my pleasure to introduce the gorgeous Shruti”.

“My roommate is to blame for all this dress and make up, I am not used to all these. I told her im gonna be meeting with a guy whom I met on facebook. And she went on to suggest me 100s of things. And I ended up looking like this. Well, thanks to her.” Shruti replied with a laugh .

While it was evident with the body language of Shivam and Shruti that they don’t really go much on dates, Nikhil tried his best to keep the conversation going and ordered coffee with some snacks.

“How can such a beauty be studying subjects like Physics” asked Nikhil, with a big smile on his face.

“Shut up you self-proclaimed Physics enthusiast” shouted Nikhil and got hit on his shoulder by Shivam almost instantly.

“It’s my first love” said Shruti joining the conversation, which made Nikhil shocked and Shivam admire this beautiful girl sitting next to him.

The coffee arrived and Shruti spent some time talking about the morning and the Bangalore traffic.

After a while , there was a brief silence, which Nikhil interrupted “So guys, now is the time to tell me what you both talked on Monday that you guys agreed to meet on the first chat. I know its gonna be boring, but I have come so far to disturb your first date, so I won’t go without knowing Shivam’s pickup lines”

“He tried, haha, but I didn’t get anything. So who’s gonna start explaining?” asked Nikhil while replying to Shruti.

Shruti and Shivam looked at each other and smiled knowing that its gonna be the most boring first chat story that Nikhil would have ever heard of.

“So you know how disconnected I feel with the society whenever I think about the world and all. You know how boring I am.” Shruti explained with a big smile on her face as she knew these conversations would not interest Nikhil. “And I shared with Shivam that feeling and Shivam understood and he said he feels the same way. So I just wanted to meet this person.” Shruti continued.

“Yeah, about that, what is there in this world to feel disconnected about, laugh and drink and eat and enjoy, haha” Nikhil exclaimed before raising the glass of water as a wine glass in air and then drinking it.

“Yeah, but, according to physics, there is no soul, all are just made up of particles, that have defined behaviour. I mean, If you kick a football, it will surely go in the direction of the kick and cover the distance depending on how hard you had hit the ball. Same thing is with all the particles that we are made up of. So , it means all the particles in my body have a predefined destination to go. And, after two seconds they will be where the laws of physics would determine them to be. So where do our soul and our thinking and our free will come into picture. And, if it does not, then what are we ?” Shruti tried to put her feelings into words while Nikhil listened carefully.

Shivam continued the discussion further ” Now, the question is are we any better than non-living things ? Why this table be any less important than a human being like you and me. Now, you know in the Matrix movie there was a computer who controlled all the simulations of the world, but in real life there is no computer controlling us. Still we feel. Still we think. and Still we do things that we think we do because we have the willingness to do. But that couldn’t be right, because every particle we are made up of , moves under the laws of physics and not under the command of our soul.”

“What kind of shits you guys think about man, but yeah, you guys have a point. But according to you , if not soul then who governs you?” said Nikhil taking an interest in the discussion.

“This is just the starting of the confusion. According to me, our mind creates a layer of illusion, before giving you the experiences. I believe that before you pickup the glass of water, mind first get the need to pickup the glass of water, it then approves that action , just like a computer, and then generates a feeling that you need water and then sends action for you to pick up the water. While the main goal is to get water inside your body, the mind tricks into thinking that there is a feeling called thirst and that it is very important for you to drink that water and then when you pickup the glass of water, the mind also generates feeling which makes you believe that you are the one in control of the action of drinking water. These are all illusions. 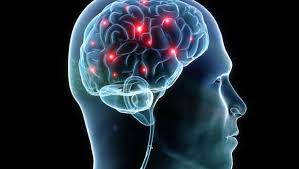 Have you ever felt that you are lost in thoughts while your hands are playing with an object? Who controls those actions ? We all see the clues but no body dares to question. Our mind creates illusions to make us feel that we are in control, which actually we are not” Shivam tried again to explain it to Nikhil

“I also do not believe in soul that much but I can raise my hand whenever I want, so I know I am in control” said Nikhil.

“And what I am saying is, there are theories, which proves that past and future are already defined, and that the time is just like a space dimension. Now, if it was pre-defined that you will raise your hand at this time, then why you feel that you did it ? It must be the illusion that mind creates.” Explained Shruti.

“And why exactly our mind will do that” asked Nikhil

“I have an answer to that. Do you think that bacterias would feel that they need to engulf a particle to feed themselves ?” asked Shivam

“No, they don’t have brain, thoughts and feelings.” replied Nikhil.

“Exactly, brains developed because of survival of fittest rule discovered by Darwin. Now, if there are two brains , one which will allow you to know that you are not in control and the second one which will fill your thoughts will illusions of desires and fulfilment of desires on task completion, which one do you think has more chances of surviving?” asked Shruti trying to explain further to Nikhil

“Well, if you are in a team and the team members feel the ownership and accountability of the work that they are doing, they produce better results. If the team members feel that they are able to contribute something to development of the company, they produce better results and even knowing the goals correctly and the knowing the direct impact of the work done by the team member towards the growth of the company motivates them to give better outputs. So, if we take these things as an example, I would say that second brain has more chances of surviving” Said Nikhil

“And that is what has happened to Human beings” Said Shruti.

Their was silence as all three of them started thinking about the life and the desires they have in their life and whether these are the illusions created by brain to win the survival of the fittest medal.

Note to readers: Please suggest any grammatical corrections, as I am neither a writer, nor an expert in English language.